We study the electronic properties of a position-dependent effective mass electron on a bilayer graphene catenoid bridge. We propose a position-dependent mass (PDM) as a function of both Gaussian and mean curvature. The Hamiltonian exhibits parity and time-reversal steaming from the bridge symmetry. The effective potential contains the da Costa, centrifugal, and PDM terms which are concentrated around the catenoid bridge. For zero angular momentum states, the PDM term provides a transition between a reflectionless to a double-well potential. As a result, the bound states undergo a transition from a single state around the bridge throat into two states each one located at rings around the bridge. Above some critical value of the PDM coupling constant, the degeneracy is restored due to double-well tunneling resonance. 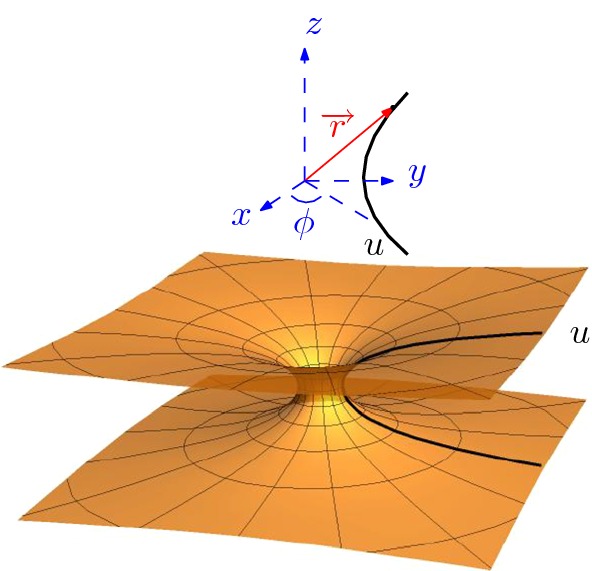