The symmetric tristable stochastic resonance (SR) phenomenon under Levy distributed noise is studied using signal-to-noise ratio as a standard for signal quality improvement. According to structural characteristics of the tristable system, a method of indirect parameter control is constructed and a mapping relationship between the attractor curve and system input is analyzed. The research results show that the indirect parameter regulation method for symmetrical tristable is intuitive, simple and effective. The input signal of system can promote transition of the micro-particle between three potential wells to generate SR under a certain amount of noise intensity. Variation laws of the system output x(t) with time t in the simulation experiment results satisfies the theoretical analysis of attractor curve. 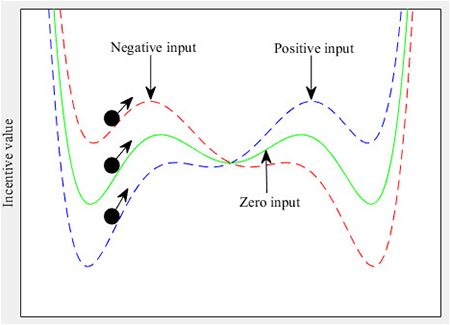