We consider quasiperiodic tight-binding models and the effects of disorder on wavefunctions in one dimension. While in an infinite system all states are localized by disorder, however weak, in finite chains the situation is more interesting. It was shown recently for the Fibonacci nearest neighbor hopping model that certain states can be delocalized for weak disorder: Their inverse participation ratios (IPRs) decreases with disorder strength at weak disorder, goes through a minimum, and thereafter increases for stronger values of disorder. Finite size scaling analysis shows the existence of different classes of wavefunctions and non-monotonic (re-entrant) behavior. The scaling variable depends on a new critical exponent ν whose value is determined by the parameters of the quasiperiodic Hamiltonian. We show that this re-entrant dependence of the IPRs exists for the general class of Fibonacci models and provide the explanation for the different behaviors observed in terms of the type of spatial characteristics of the wavefunctions.

Contribution to the Topical Issue “Advances in Quasi-Periodic and Non-Commensurate Systems”, edited by Tobias Stauber and Sigmund Kohler. 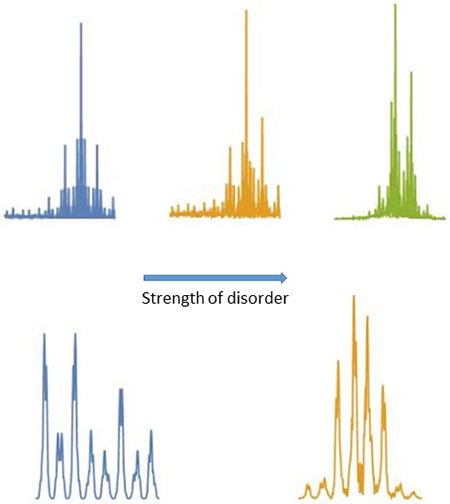