Using the field theoretic renormalization group technique the simultaneous influence of compressibility and finite time correlations of the non-solenoidal Gaussian velocity field on the advection of a passive scalar field is studied within the generalized Kraichnan model up to the second-order approximation in the corresponding perturbative expansion. The renormalization of the model is performed and explicit forms of the renormalization functions are found. All possible infrared stable fixed points of the model, which drive the corresponding scaling regimes of the model, are identified and their regions of the infrared stability in the model parametric space are discussed in detail. The attention is mainly paid to the properties of the most interesting scaling regime with the presence of the finite-time correlations of the velocity field. It is shown that, apart from two specific values of the parameter that drives the compressibility of the system, there exists a gap in the parametric space between regions where the model with the frozen velocity field and the model with finite-time correlations of the velocity field are stable. 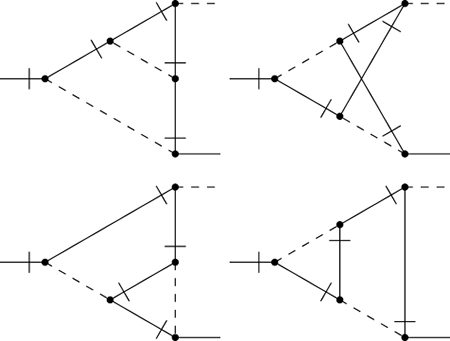