A two-orbital two-electron diatomic model resembling LiH is used to investigate the differences between the exact Löwdin–Shull and approximate Hartree–Fock–Bogoliubov and Baerends–Buijse density matrix functionals in the medium- to long-distance dissociation region. In case of homolytic dissociation (one electron on each atom), the approximate functionals fail to generate the correct energy due to a compromise between the Hartree–Fock component (which favors partial charge transfer) and the strong correlation component (which hampers charge transfer). The exact functional is able to generate the physically correct answer by enforcing the equi-charge distribution of the bonding and antibonding orbitals. Besides, the approximate functionals also have issues in correctly describing heterolytic dissociation (two electrons on one atom) due to the strong correlation component hampering charge transfer. In this work, we propose a new scheme in which the homolytic dissociation problem for approximate functionals is avoided by adding a Lagrange multiplier that enforces equi-charge distribution of the bonding and antibonding orbitals. The symmetry-based nature of the findings implies that they are most likely transferable to other cases in which one uses an approximate one-particle method in conjunction with a symmetrical particle-hole correction factor. 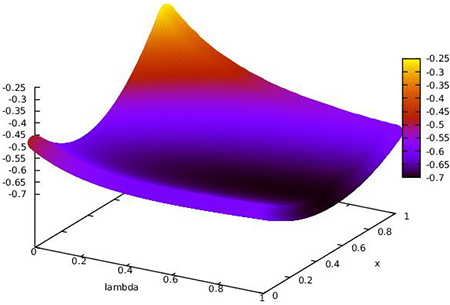