We report an approach to obtaining complex networks with diverse topology, here called syntonets, taking into account the consonances and dissonances between notes as defined by scale temperaments. Though the fundamental frequency is usually considered, in real-world sounds several additional frequencies (partials) accompany the respective fundamental, influencing both timber and consonance between simultaneous notes. We use a method based on Helmholtz’s consonance approach to quantify the consonances and dissonances between each of the pairs of notes in a given temperament. We adopt two distinct partials structures: (i) harmonic; and (ii) shifted, obtained by taking the harmonic components to a given power β, which is henceforth called the anharmonicity index. The latter type of sounds is more realistic in the sense that they reflect non-linearities implied by real-world instruments. When these consonances/dissonances are estimated along several octaves, respective syntonets can be obtained, in which nodes and weighted edge represent notes, and consonance/dissonance, respectively. The obtained results are organized into two main groups, those related to network science and musical theory. Regarding the former group, we have that the syntonets can provide, for varying values of β, a wide range of topologies spanning the space comprised between traditional models. Indeed, it is suggested here that syntony may provide a kind of universal complex network model. The musical interpretations of the results include the confirmation of the more regular consonance pattern of the equal temperament, obtained at the expense of a wider range of consonances such as that in the meantone temperament. We also have that scales derived for shifted partials tend to have a wider range of consonances/dissonances, depending on the temperament and anharmonicity strength. 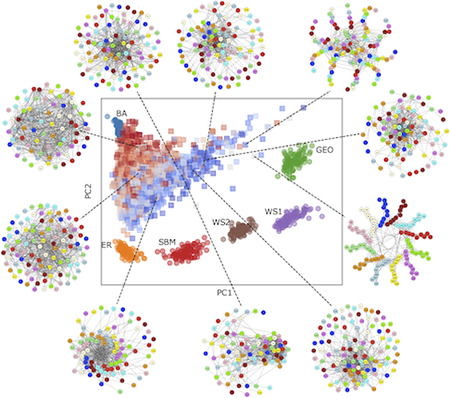