The paradox of productivity during quarantine: an agent-based simulation

Economies across the globe were brought to their knees due to lockdowns and social restriction measures to contain the spread of the SARS-CoV-2, despite the quick switch to remote working. This downfall may be partially explained by the “water cooler effect”, which holds that higher levels of social interaction lead to higher productivity due to a boost in people’s mood. Somewhat paradoxically, however, there are reports of increased productivity in the remote working scenario. Here we address quantitatively this issue using a variety of experimental findings of social psychology that address the interplay between mood, social interaction and productivity to set forth an agent-based model for a workplace composed of extrovert and introvert agent stereotypes that differ solely on their propensities to initiate a social interaction. We find that the effects of curtailing social interactions depend on the proportion of the stereotypes in the working group: while the social restriction measures always have a negative impact on the productivity of groups composed predominantly of introverts, they may actually improve the productivity of groups composed predominantly of extroverts. Our results offer a proof of concept that the paradox of productivity during quarantine can be explained by taking into account the distinct effects of the social distancing measures on extroverts and introverts. 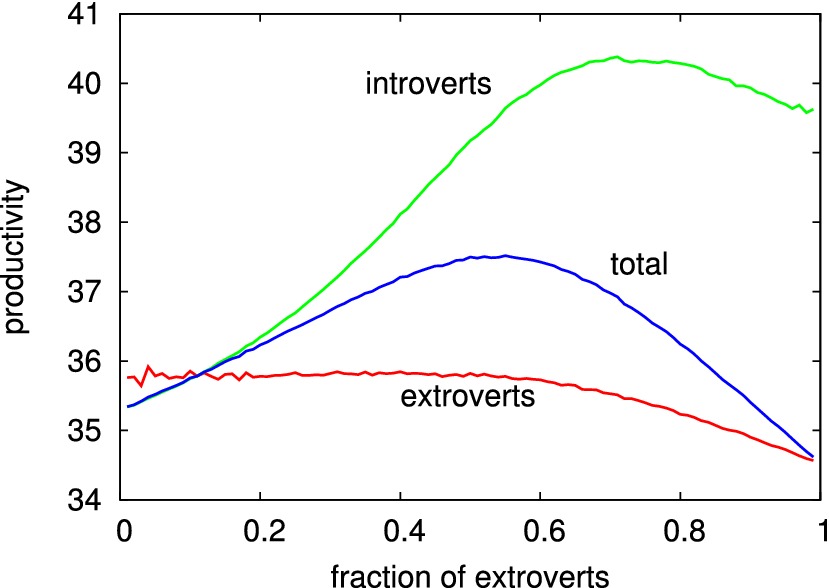