Topology dependent payoffs can lead to escape from prisoner’s dilemma

The maintenance of cooperation in the presence of spatial restrictions has been studied extensively. It is well-established that the underlying graph topology can significantly influence the outcome of games on graphs. Maintenance of cooperation could be difficult, especially in the absence of spatial restrictions. The evolution of cooperation would naturally depend on payoffs. However, payoffs are generally considered to be invariant in a given game. A natural yet unexplored question is whether the topology of the underlying structures on which the games are played, possesses no role whatsoever in the determination of payoffs. Herein, we introduce the notion of cooperator graphs and defector graphs as well as a new form of game payoff, which is weakly dependent on the underlying network topology. These concepts are inspired by the well-known microbial phenomenon of quorum sensing. We demonstrate that even with such a weak dependence, the fundamental game dynamics and indeed the very nature of the game may be altered. Such changes in the nature of a game have been well-reported in theoretical and experimental studies. 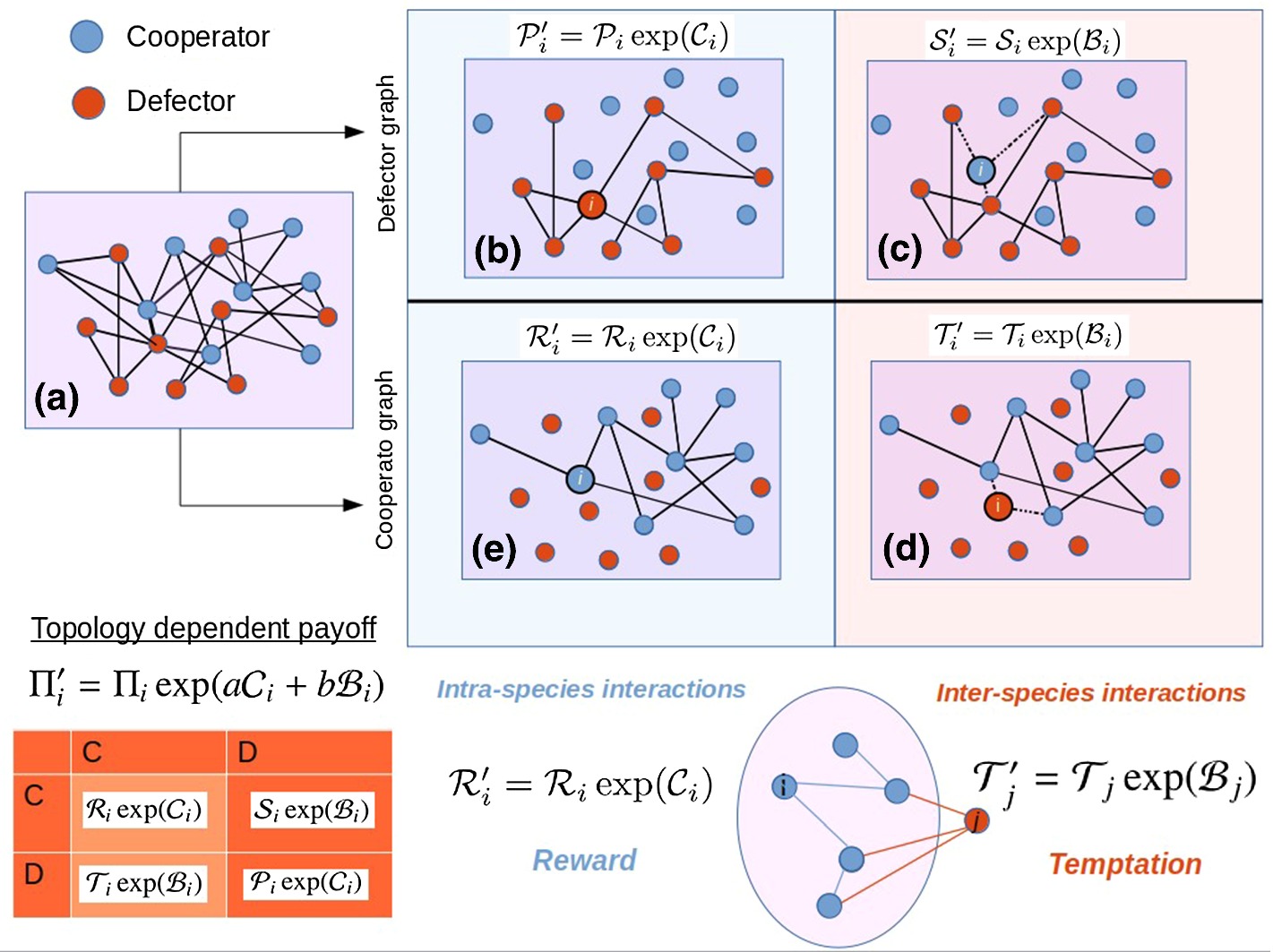