Based on a toy model for a trivial socioeconomic system, we demonstrate that the activation-type mechanism of the epidemic-resource coupling can lead to the collapsing effect opposite to thermal explosion. We exploit a SIS-like (susceptible-infected-susceptible) model coupled with the dynamics of average economic resource for a group of active economic agents. The recovery rate of infected individuals is supposed to obey the Arrhenius-like law, resulting in a mutual negative feedback between the number of active agents and resource acquisition. The economic resource is associated with the average amount of money or income per agent and formally corresponds to the effective market temperature of agents, with their income distribution obeying the Boltzmann–Gibbs statistics. A characteristic level of resource consumption is associated with activation energy. We show that the phase portrait of the system features a collapse phase, in addition to the well-known disease-free and endemic phases. The epidemic intensified by the increasing resource deficit can ultimately drive the system to a collapse at nonzero activation energy because of limited resource. We briefly discuss several collapse mitigation strategies involving either financial instruments like subsidies or social regulations like quarantine. 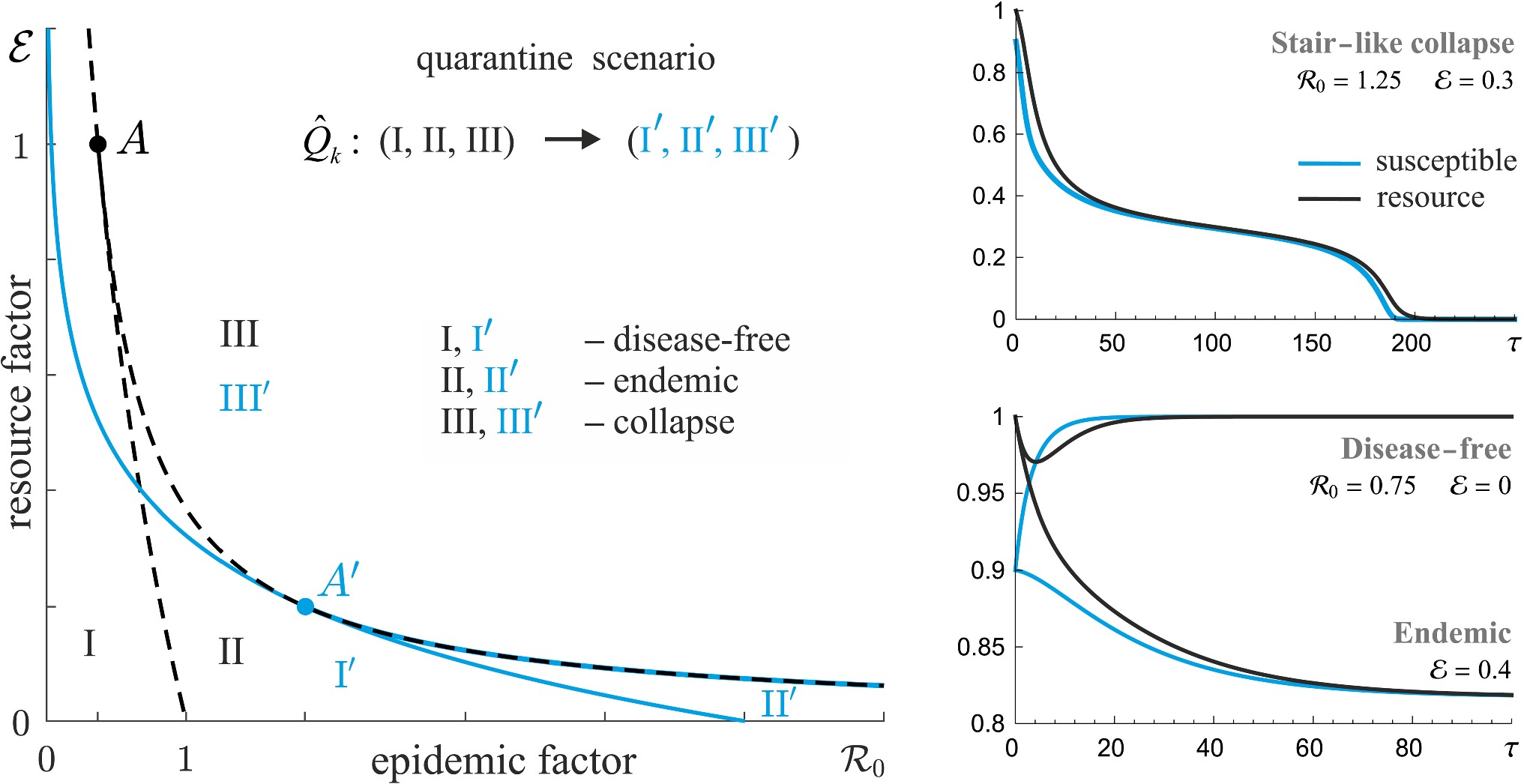