In this paper, we have investigated superfluid density,

, and the critical current density,

, in cuprate superconductors. The Chandrasekhar and Einzel approach was applied to calculate the superconducting order parameter and superfluid density with different pairing scenario, such as isotropic s-, anisotropic s-wave, and nodal d-wave, as well as an extended d-wave symmetry of the gap. Moreover, the critical current density is calculated for the extended d-wave gap suggested by angle-resolved photoemission spectroscopy (ARPES) mesurements in anisotropic cuprate superconductors. The calculated results for the temperature-dependent superfluid density 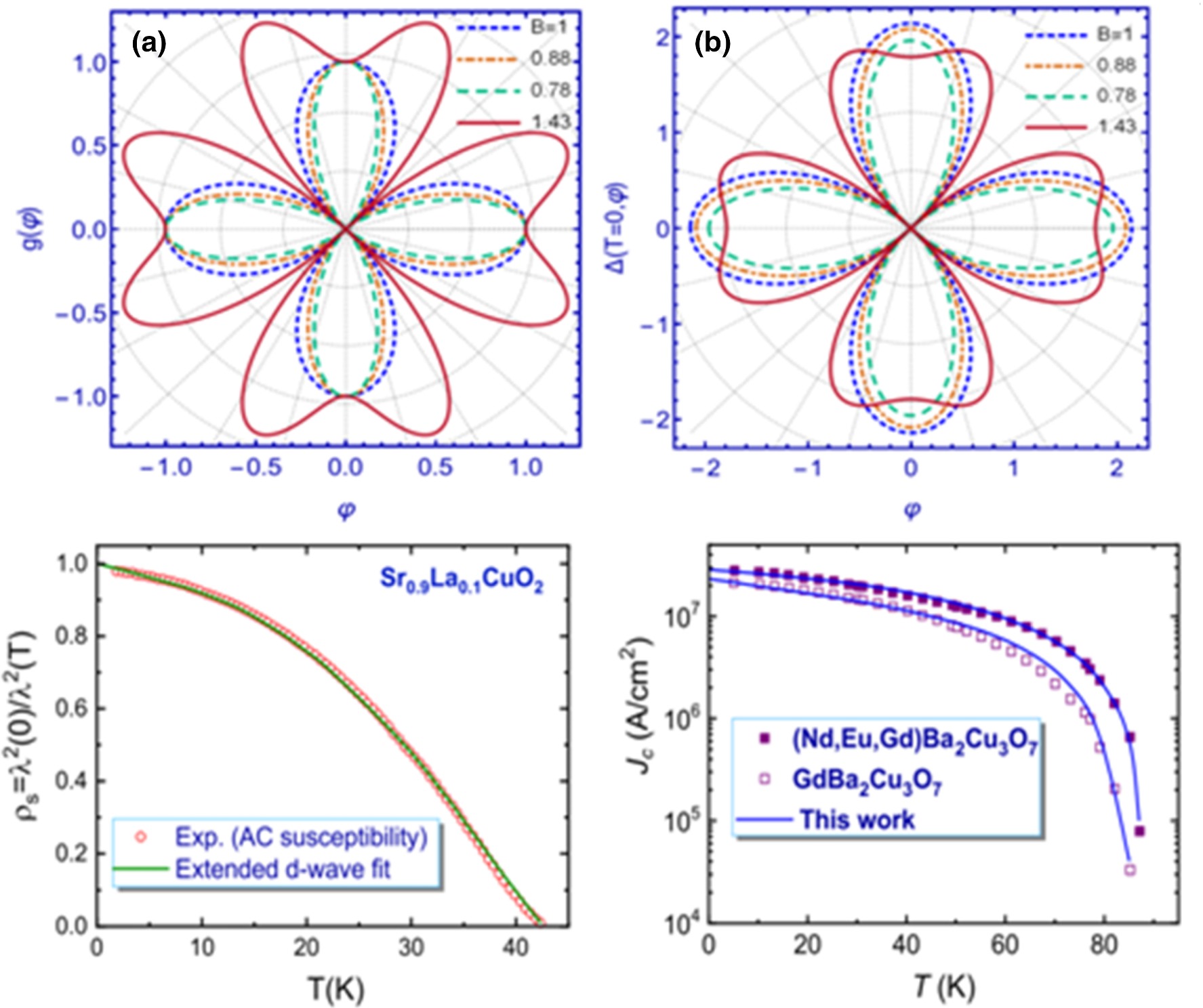