Detecting the interactions in a network from measurable data is a challenging practical issue. In real systems, the state variables are not only affected by their local dynamics and coupling functions, but also by unknown effects, i.e., hidden variables. Many researchers have studied complex networks containing hidden variables. Shi et al. proposed a method to reconstruct the interactions in dynamic systems with hidden variables, which, however, exhibited large errors in reconstructing strongly nonlinear systems. In this paper, we proposed an improved method for reconstructing the systems with linearized hidden variables by introducing expanded variables and best square approximation and compared it with the original method. The comparison results show that our improving method can effectively enhance the accuracy of detecting the interactions in strongly nonlinear systems and reduce the reconstruction error of corresponding coefficients. Numerical simulation results also verify the robustness of our method in reconstructing strongly nonlinear systems. In addition, we also discussed the main influencing parameters of the method. 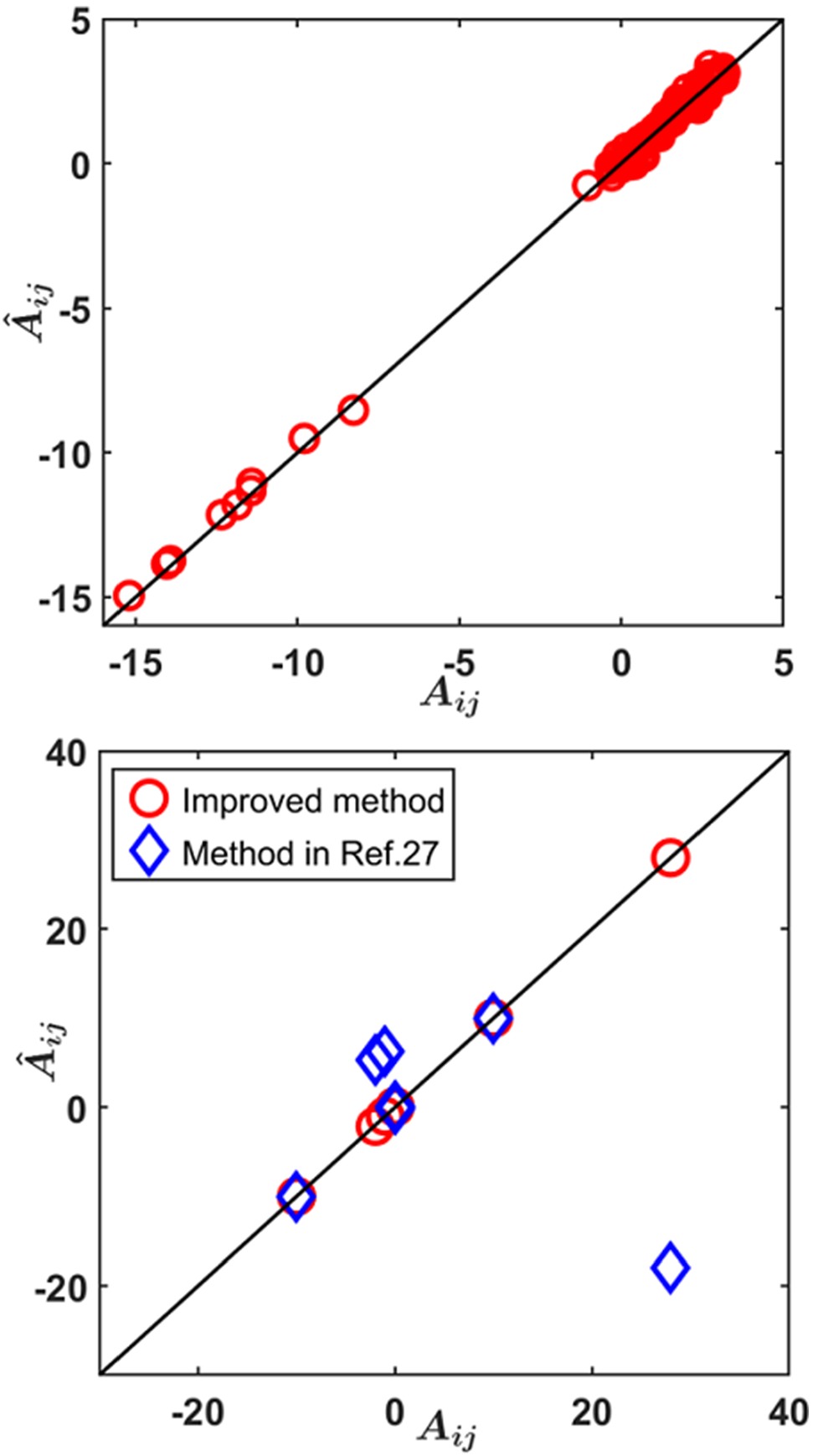