The structure of written texts is analyzed by focusing on word sequences. As a method, word sequences in texts are transformed into rank sequences of the occurrence frequency of each word and return maps are drawn. The features of word sequences are extracted by comparing with the surrogate data, i.e., a sequence in which all the words are randomly rearranged. A total of 140 written texts consisting of ten languages are selected for analysis. To characterize the distribution in the return map quantitatively, two characteristic quantities are defined, the distance between the original distribution and surrogate distribution, and the correlation coefficient of the adjacent word ranks. The results show that there is a negative correlation in the rank of adjacent words in almost all languages, and features of return maps of the same language texts are similar. A clustering structure which implies the relation to language (sub)family is observed. A mathematical model is proposed for reproducing features of the return map for multiple languages. The numerical simulations achieve results similar to those of the real data quantitatively. 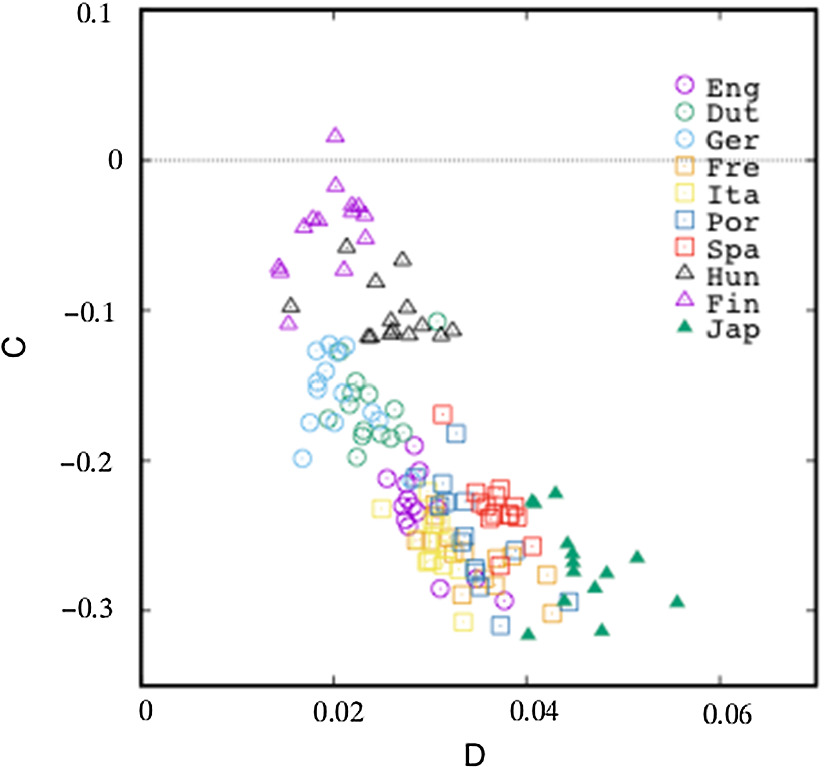