Interaction of hydrogen impurities with intrinsic point defects at the CuInSe

The presence of hydrogen in solar cells based on chalcopyrite CuInSe

(CIS) absorbers has been linked with improvements in structural properties and cell performance but also with detrimental reliability issues. A major concern is to understand how hydrogen interacts with the absorber-buffer CIS/CdS heterojunction which is the main building block of a typical thin-film solar cell, with CdS most commonly used as the buffer layer. The present study reports calculations based on density-functional theory that examine the segregation propensity of single hydrogen impurities at the interfacial region of the CIS/CdS heterojunction. Two distinct interface variants of the heterojunction were constructed by joining the polar {112} crystalline planes of the absorber (CIS) and buffer (CdS) lattices. Ordered point defects comprising copper vacancies and cation antisites were created to stabilize the {112} facets. The calculations provide detailed information on the type of configurations that hydrogen impurities can form locally at the CIS/CdS interfaces and their defect association with the stabilizing point defects. Essential aspects of the local electronic structure such as the electron spatial localization and the position of the defect-induced levels were also determined. 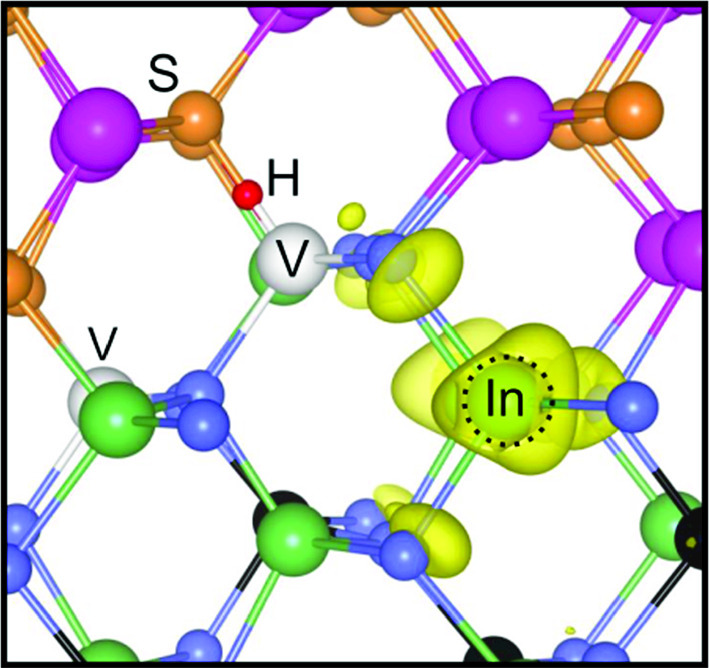