Amortization systems are used widely in economy to generate payment schedules to repaid an initial debt with its interest. We present a generalization of these amortization systems by introducing the mathematical formalism of quantum mechanics based on vector spaces. Operators are defined for debt, amortization, interest and periodic payment and their mean values are computed in different orthonormal basis. The vector space of the amortization system will have dimension M, where M is the loan maturity and the vectors will have a SO(M) symmetry, yielding the possibility of rotating the basis of the vector space while preserving the distance among vectors. The results obtained are useful to add degrees of freedom to the usual amortization systems without affecting the interest profits of the lender while also benefitting the borrower who is able to alter the payment schedules. Furthermore, using the tensor product of algebras, we introduce loans entanglement in which two borrowers can correlate the payment schedules without altering the total repaid.

© The Author(s), under exclusive licence to EDP Sciences, SIF and Springer-Verlag GmbH Germany, part of Springer Nature 2023. Springer Nature or its licensor (e.g. a society or other partner) holds exclusive rights to this article under a publishing agreement with the author(s) or other rightsholder(s); author self-archiving of the accepted manuscript version of this article is solely governed by the terms of such publishing agreement and applicable law. 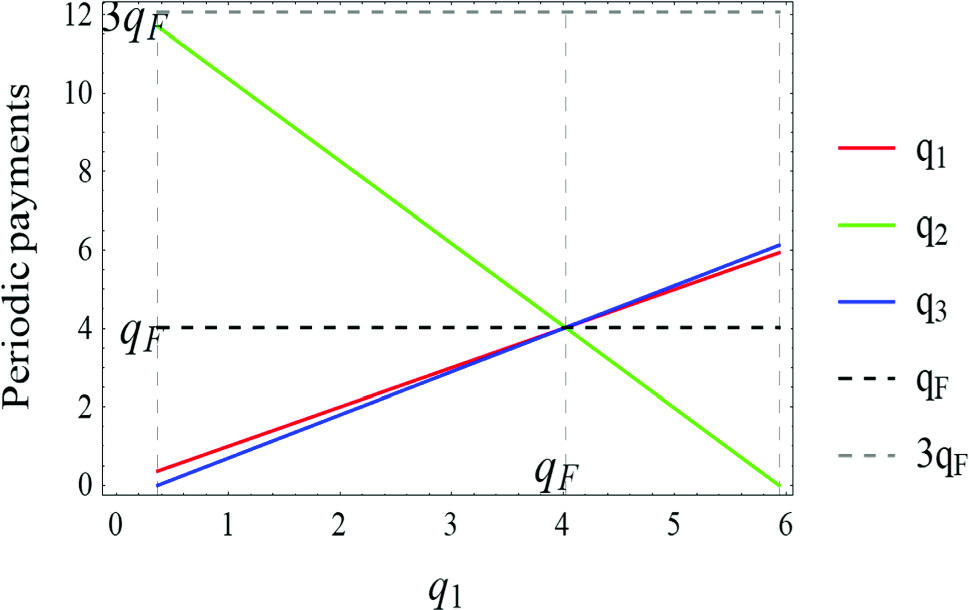