This work describes the effects of Lévy noise on a birhythmic van der Pol like oscillator. The two periodic attractors are characterized by different periods, and the stability in the presence of Gaussian noise can be described by an effective, or quasi-potential. Numerical simulations demonstrate that in the presence of Lévy noise the induced escapes from an attractor to another are similar to the escapes between stable points in an ordinary potential. Assuming that the attractors are almost separated by a barrier of a quasi (or pseudo) potential, the theory for Lévy noise escapes captures the qualitative features of the escapes across the quasi-potential. The differences to the Gaussian case are more pronounced for large values of the Lévy index. We found that for the symmetric quasi-potential, the relative stability of the two attractors are similar, while in the asymmetric case the properties of the two attractors differ for increasing a. The global stability is also characterized by means of the residence times, that give indications for future theoretical analysis. 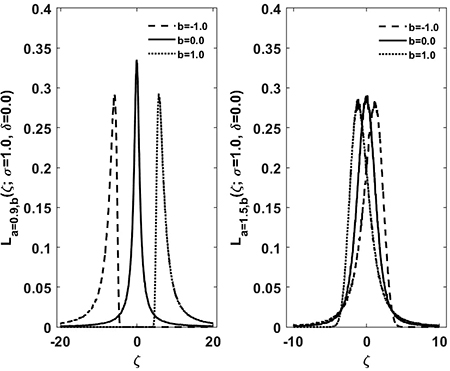