A distributed variant of the Higgins glycolytic model with the diffusion is considered. A parametric description of the zone with Turing instability is found. By computer simulations, a process of the spatial pattern formation is studied. The multistability of the distributed Higgins model was discovered and the variety of patterns and their amplitude characteristics were described. In the quantitative analysis of the transient processes with varying spatial modality, the method of harmonic coefficients is used. For the stochastic variant of this model with multiplicative random disturbances, noise-induced transitions between coexisting patterns and the phenomenon of “stochastic preference” are discussed. 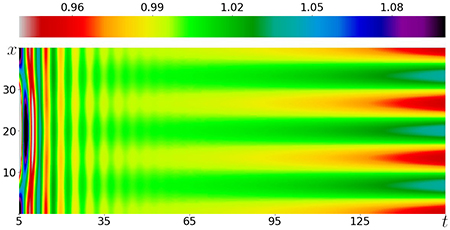