In this work, we consider a different model of density operator and a heuristic procedure that interpolates a photonic system from pure to mixed states. It is interpreted as if, during the time evolution of the system, the variables of a (hidden) system reservoir being traced. The aim is to study the time evolution of statistical properties while the system loses its initial purity. For this purpose, the system impurity, the evolution of Mandel parameter and entropy were calculated. A comparison between Shannon and von Neumann entropies in the present scenario is done, which could be of interest in quantum information. Another comparison, between the present approach with the traditional treatment concerning decoherence of a system state, was also considered. 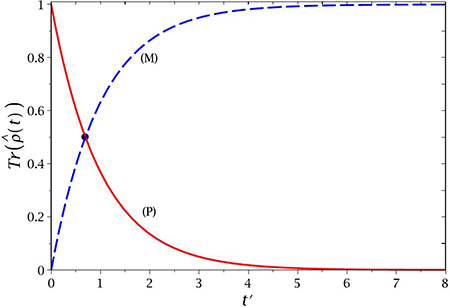