Sourav Chattopadhyaya and S. B. Santra

Kinetic Ising ferromagnet, a bistable system, is studied in two dimensions on large systems under a time-varying sinusoidal external magnetic field of a fixed period P and different amplitudes

. Far below the critical temperature

of ferro to paramagnet transition of the equilibrium zero-field Ising model, another critical temperature

is found to exist below which the system is in dynamic ordered phase (DOP) and above which the system is in dynamic disordered phase (DDP). Two important aspects of a bistable system under external time varying field, hysteresis and dynamic phase transition (DPT) are studied performing extensive numerical simulations. The hysteresis loops are asymmetric in DOP whereas they are symmetric in DDP. The hysteresis loop properties are estimated, developing a new methodology which provides information on loop orientation

and its aspect ratio

over the usual properties such as area A and dynamic correlation C. The DPT occurs at a temperature

) at which the mean metastable lifetime

becomes comparable to the half period

of the applied filed. Though the smaller systems at higher field amplitudes are found to be in the stochastic resonance regime, the larger systems at all field amplitudes are found to display a continuous transition. The DPT is characterized by the critical exponents of 2d equilibrium Ising model. Discontinuous transition due to stochastic resonance at high field regime seems to be a finite size effect for the DPT under a sinusoidal oscillating field. 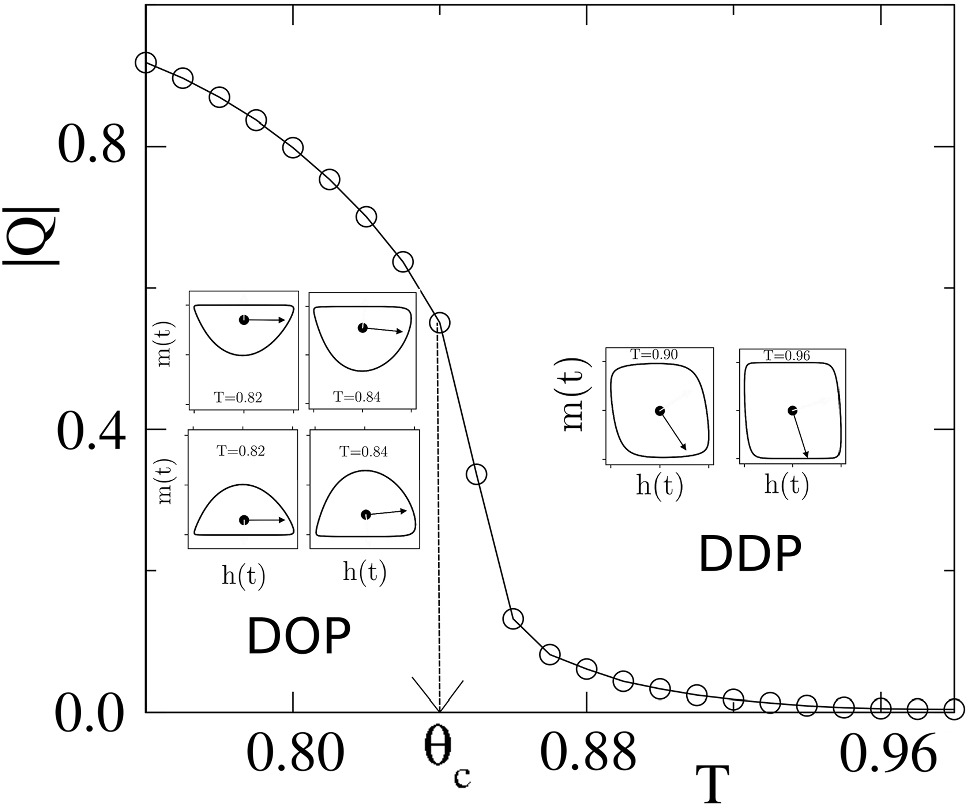