In the framework of the microscopic Bogoliubov–de Gennes theory, we investigate the vortex and skyrmionic states as well as phase transitions between them in mesoscopic superconducting squares with coexisted spin-triplet (p-wave) and spin-singlet (s-wave and d-wave) pairing symmetries. By choosing different chemical potential

, the influence of next-nearest-neighbor hopping

on the evolution of mixed pairing orders is mainly discussed. For the case of small

in which the triplet

, the singlet s-wave component is gradually enhanced in the present mescoscopic sample. We can obtain the transitions between different multivortex states and between the multivortex and skyrmionic states when

is varied. The corresponding zero-energy local density of states and the relative phase differences are provided to display different topological defects. 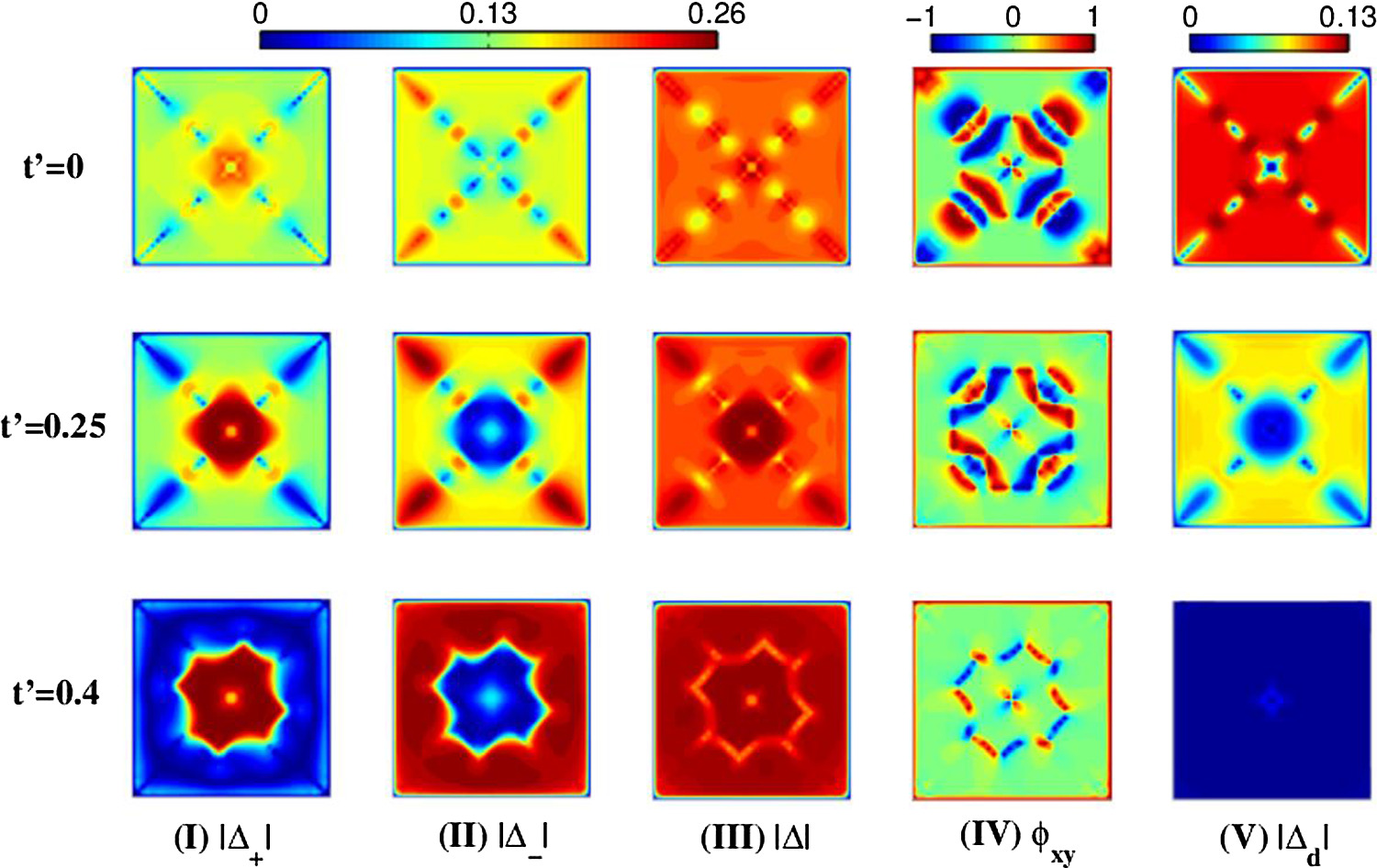