Based on a model Hamiltonian including the on-site repulsive interaction among the electrons, we investigate the spatial configurations of mixed spin-triplet (dominant p-wave) and spin-singlet (coexisted s-wave and d-wave) pairing symmetries in bulk superconducting systems by numerically solving the Bogoliubov–de Gennes equations. The influences of the Zeeman field and the next-nearest-neighbor hopping on the order-parameter modulations are mainly discussed. Besides the quantized vortex states with point-like cores, the unclosed vortex chains and enclosed skyrmionic modes can remain stable in the present bulk sample. Furthermore, nonuniform patterns of the vortex lattice and the elliptical-like vortices can be obtained at appropriate applied flux. The corresponding zero-energy local density of states as well as the relative phase differences useful to display the skyrmionic texture are provided 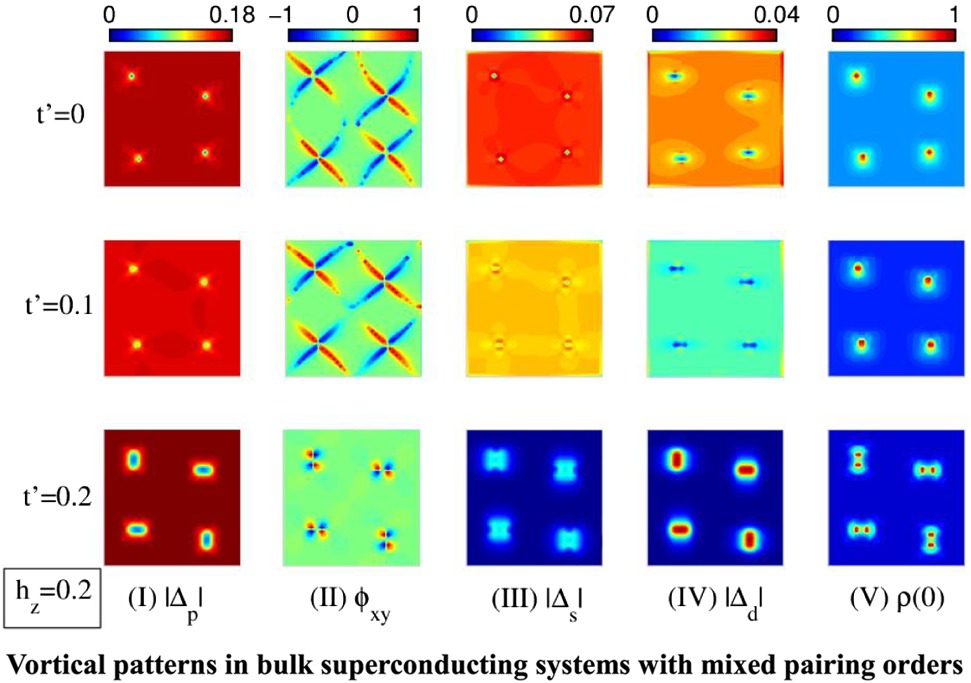