In this paper, we investigate a predator–prey fish population system and study the harvesting pressure in the presence of stochasticity. We explore the corresponding deterministic model, where the functional response is ratio-dependent and the Allee effect is added in the predator growth function. We find that the Allee effect in predator population increases the number of interior equilibrium points, and a maximum of six interior equilibrium points can be observed. In the deterministic case, we find some interesting dynamics like bi-stability, tri-stability and catastrophic bifurcations. We show that in the presence of noise, an increase in the prey species’ harvesting rate induces critical transitions, one is from higher fish density to lower density and another one is from predator’s stable state to predator’s extinction. We study a few generic early warning indicators namely, Lag-1 autocorrelation (AR(1)), variance, skewness, kurtosis to predict the occurrence of critical transitions. We also calculate conditional heteroskedasticity as an early warning indicator. Furthermore, we study the confidence domain method using the stochastic sensitivity function technique to find a threshold value of noise intensity for a critical transition. We also study the two-stage transition through confidence ellipses and observe that predator population can goes to extinction for any choice of initial conditions with high probability. Overall, our result shows that the stability of the prey–predator fish population depends upon the harvesting rate as well as environmental noises, and we can prevent the extinction of species by controlling them. 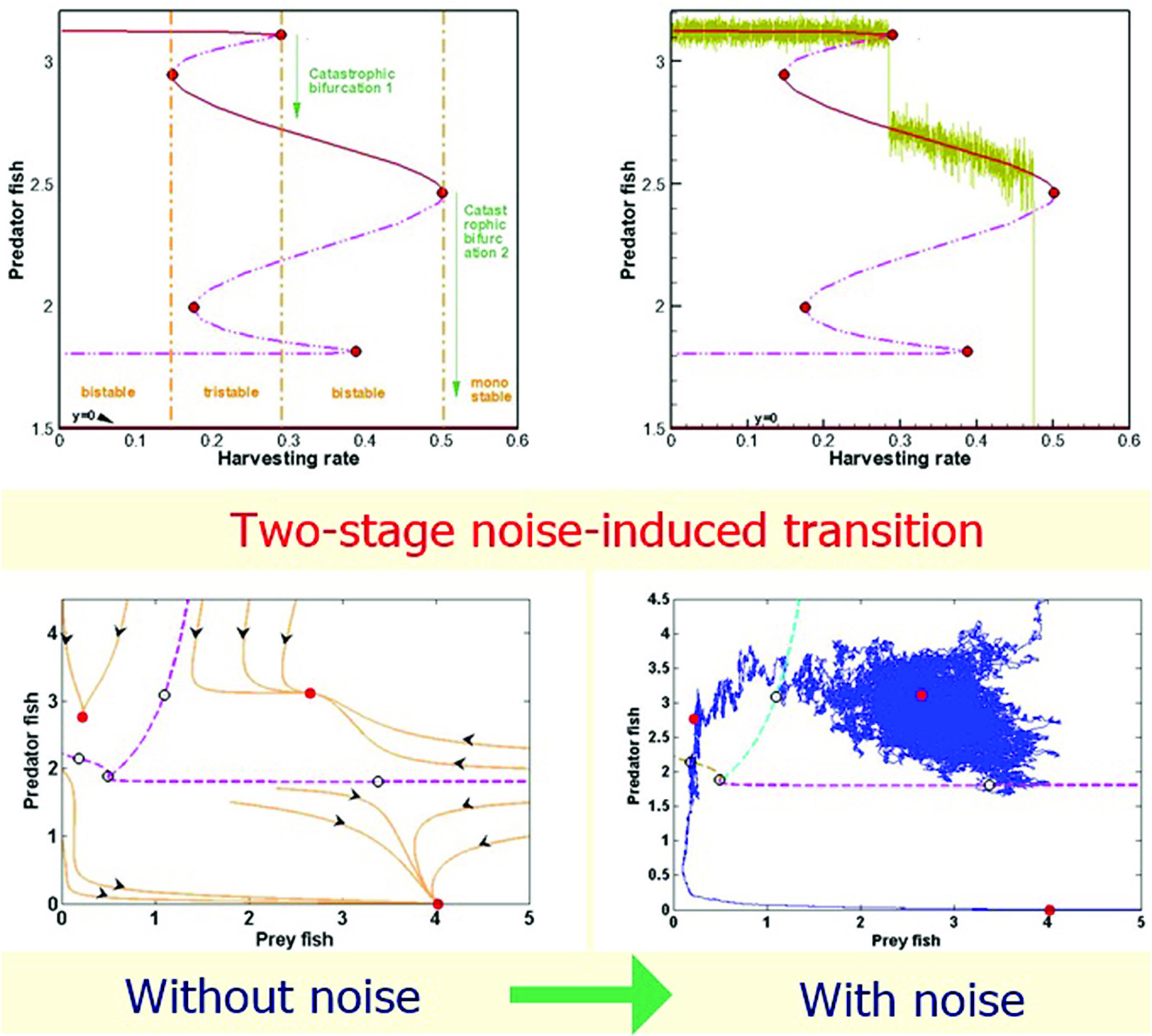