A fascinating phenomenon is the self-organization of coupled systems to a whole. This phenomenon is studied for a particular class of coupled oscillatory systems exhibiting so-called simultaneously diagonalizable matrices. For three exemplary systems, namely, an electric circuit, a coupled system of oscillatory neurons, and a system of coupled oscillatory gene regulatory pathways, eigenvectors and amplitude equations are derived. It is shown that for all three systems, only the unstable eigenvectors and their amplitudes matter for the dynamics of the systems on their respective limit cycle attractors. A general class of coupled second-order dynamical oscillators is presented in which stable limit cycles emerging via Hopf bifurcations are solely specified by appropriately defined unstable eigenvectors and their amplitudes. While the eigenvectors determine the orientation of limit cycles in state spaces, the amplitudes determine the evolution of states along those limit cycles. In doing so, it is shown that the unstable eigenvectors define reduced amplitude spaces in which the relevant long-term dynamics of the systems under consideration takes place. Several generalizations are discussed. First, if stable and unstable system parts exhibit a slow-fast dynamics, the fast variables may be eliminated and approximative descriptions of the emerging limit cycle dynamics in reduced amplitude spaces may be again obtained. Second, the principle of reduced amplitude spaces holds not only for coupled second-order oscillators, but can be applied to coupled third-order and higher order oscillators. Third, the possibility to apply the approach to multifrequency limit cycle attractors and other types of attractors is discussed.

© The Author(s), under exclusive licence to EDP Sciences, SIF and Springer-Verlag GmbH Germany, part of Springer Nature 2022. Springer Nature or its licensor holds exclusive rights to this article under a publishing agreement with the author(s) or other rightsholder(s); author self-archiving of the accepted manuscript version of this article is solely governed by the terms of such publishing agreement and applicable law. 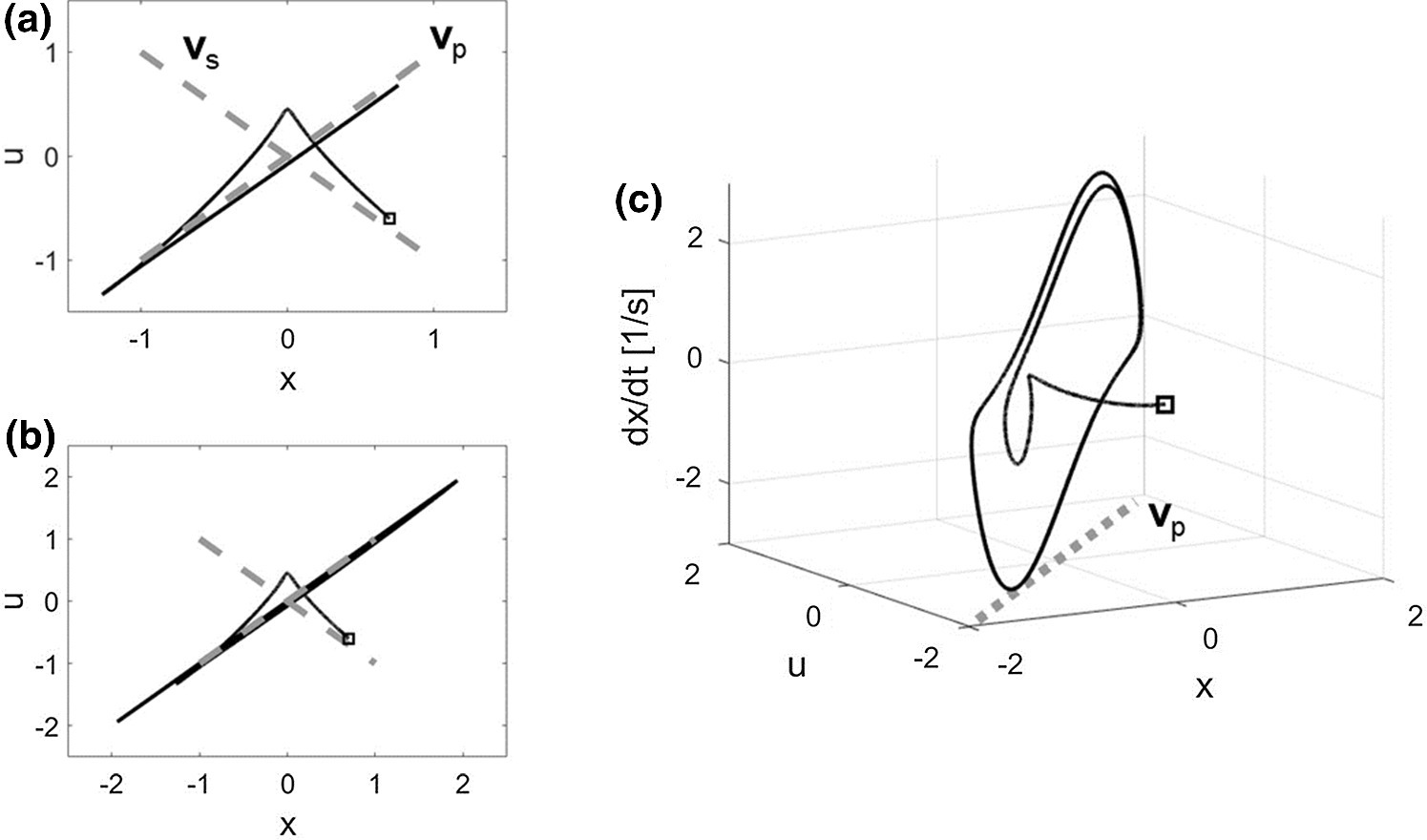