A similarity approach to cities and features

Characterizing the structure of cities constitutes an important task, since the identification of similar cities can promote sharing of respective experiences. In the present work, we consider 20 European cities from 5 respective countries and with comparable populations, each of which characterized in terms of four topological as well as one geometrical feature. These cities are then mapped into respective networks by considering their pairwise similarity as gauged by the coincidence methodology, which consists of combining the Jaccard and interiority indices. The methodology incorporates a parameter alpha that can control the relative contribution of features with the same or opposite signs to the overall similarity. Interestingly, the maximum modularity cities’ network is obtained for a non-standard parameter configuration, showing that it could not be obtained were not for the adoption of the parameter alpha. The network with maximum modularity presents four communities that can be mostly related to four of the five considered countries, indicating a tendency of the cities from a same country being similar. The coincidence methodology was then applied to investigate the effect of several features combinations on the respectively obtained networks, leading to a highly modular features network containing four main communities that can be understood as the main possible models for the considered cities.

© The Author(s), under exclusive licence to EDP Sciences, SIF and Springer-Verlag GmbH Germany, part of Springer Nature 2022. Springer Nature or its licensor holds exclusive rights to this article under a publishing agreement with the author(s) or other rightsholder(s); author self-archiving of the accepted manuscript version of this article is solely governed by the terms of such publishing agreement and applicable law. 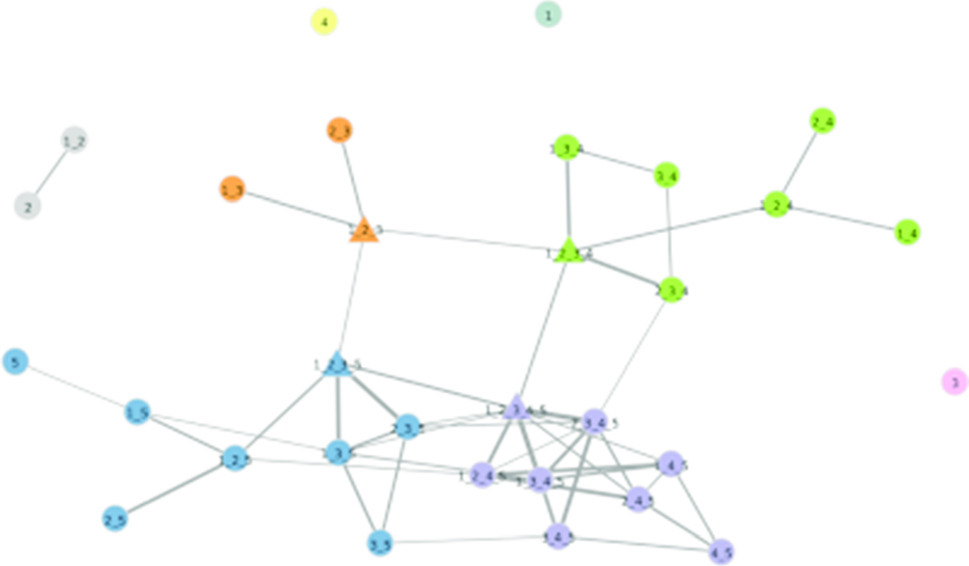