As the driving force of the evolutionary game, the strategy update mechanism is crucial to the evolution of cooperative behavior. At present, there has been a lot of research on the update mechanism, which mainly involves two aspects. On one hand, all players in the network use the same rule to update strategies; on the other hand, players use heterogeneous update rules, such as imitate and innovate. A sophisticated update mechanism is available. However, most of these studies are based on node dynamics, that is, individuals adopt the same strategy to their neighbors at the same time. Considering that in real life, faced with complex social relationships, the code of conduct generally followed by individuals is to adopt different decision-making behaviors for different opponents. Therefore, here, we are based on edge dynamics, which allows each player to adopt different strategies for different opponents. We analyze how the mixing ratio of the two mechanisms in the network affects the evolution of cooperative behavior based on imitation and myopic. The parameter u is introduced to represent the proportion of myopic players. The simulation results show that in the edge dynamics behavior patterns, compared with the myopic rule, the imitate rule plays a leading role in promoting the group to achieve a high level of cooperation, even when the temptation to defect is relatively large. Furthermore, for players who adopt the imitate update mechanism, individuals with high cooperation rate dominate when u is relatively high, and individuals with low cooperation rate dominate when u is relatively large. For players who adopt the myopic update rule, regardless of the value of u, the individual’s cooperation rate is 0.25 and 0.5 is dominant. 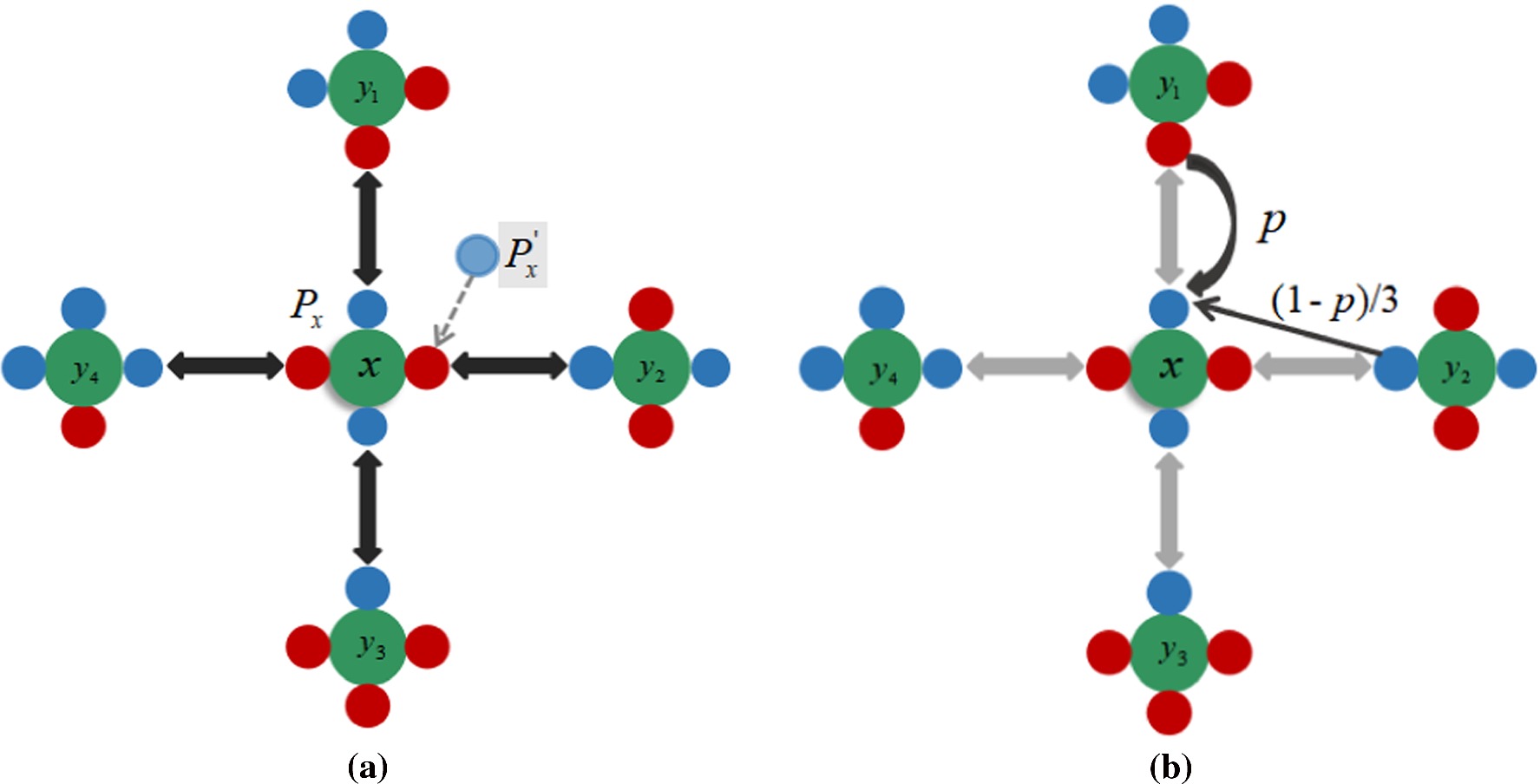