The sodium tetrasilicate glass has been investigated at temperatures from 300 to 1373 K by molecular dynamics simulation. The dynamics is analyzed through Voronoi Si- and O-centered polyhedrons. The simulation shows that about 78–91% of total Na are placed in non-bridging and free oxygen polyhedrons (NBF-polyhedrons), and most of NBF-polyhedrons contain 1 or 2 Na. Meanwhile Na atoms are not placed in Si-polyhedrons and major bridging polyhedrons (BO-polyhedrons). We also find that more than 77% of Na move in the subspace with volume of 26.6–27.1% of simulation box formed by NBF-polyhedrons, which represents the preferential diffusion pathway for sodium. The diffusion of Na is realized by two ways: (1) alone jumping Na in BO-polyhedrons and (2) the mixed alone jumping Na and cooperative motion of a group of Na in NBF-polyhedrons. Based on the calculation of average time between two consecutive jumps and visiting time for Na atoms, we conclude that the correlation effect is significant for sodium’s diffusion. Moreover, the correlation coefficient strongly decreases with decreasing temperature. The site energy for Na located in NBF-polyhedron is smaller than the one in BO-polyhedron. The transition energy for Na moving from one to other type polyhedrons decreases in the order: BO- to BO- 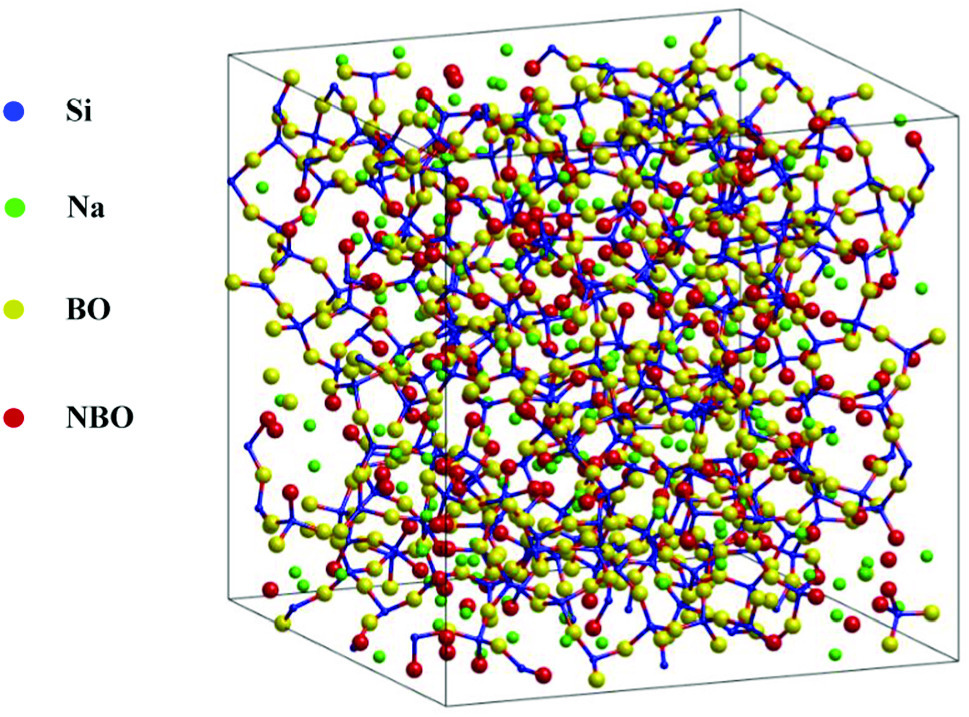